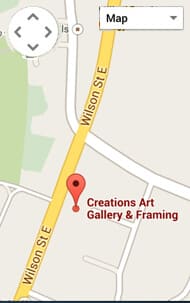 OTTAWA – Arts and crafts store Michaels of Canada has been fined $3.5 million after an investigation by the federal Competition Bureau into price advertising for custom framing and ready-made framing.

The competition bureau reviewed allegations that between January 2011 and December 2014, Michaels did not ensure that the frames were offered for sale in good faith before promoting them at discounts.

The bureau says Michaels co-operated in the investigation and has agreed to pay the penalty.

The federal agency says the company has also agreed to a 10-year consent agreement under which it will ensure that its price claims for all products will comply with the ordinary selling price provisions of the Competition Act.

“The affect on the Picture Framing Industry is Huge. Years of unfair business practices of misleading the consumer. The fine does not fix the damage done to all the small Picture Frame Business that went out of business” – Dan Faulkner, Creations Art Gallery & Framing, Ancaster, ON., Canada

CP  |  By The Canadian Press

Discount On Just The Frame Portions Of The Total Framing Project – all the rest of the materials and labour would be at there “regular” price.